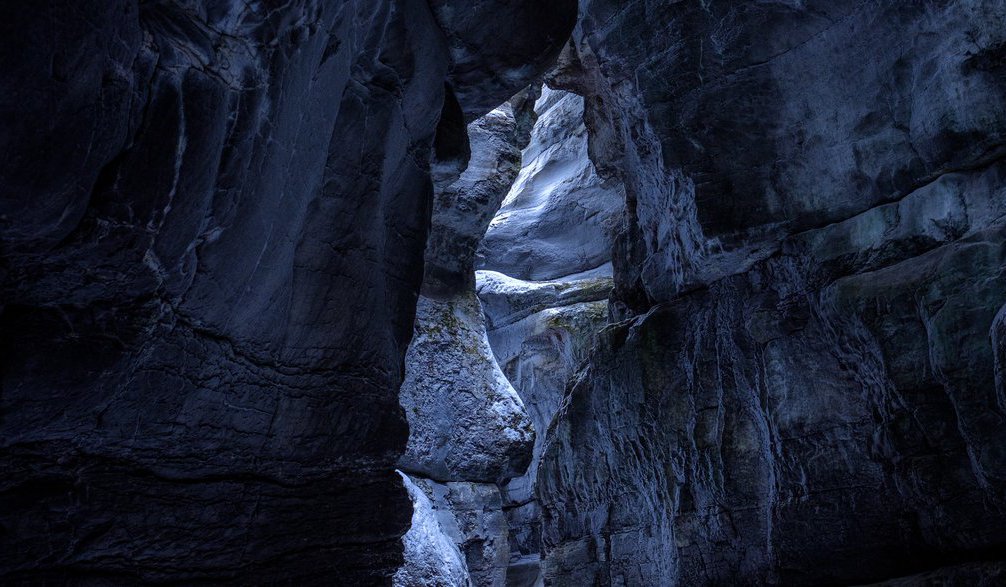 With its steep sides and year-round accessibility, this geological wonder is a must-see within Jasper national park.

Maligne Canyon is a marvel, summer or winter. But its name, which means wicked and may historically owe its less-than-positive connotation to a peeved 19th century missionary, doesn’t always seem to suit the stunning landmark. We for one (ones?) can think of many more apt ‘M’ adjectives: Magnificent. Majestic. Memorable. Shout out to our friends alliteration and thesaurus.com.

This iconic canyon has long been impressing visitors of Jasper National Park, and was recently featured by Expedia as one of the best canadian destinations for top-to-bottom views.

“We chose Jasper because it is gorgeous!” says Expedia travel blog writer Carolyn Albee. “The Maligne Canyon Ice Walk is impressive in so many ways, from its sheer depth to the amazing photo opportunities. It’s a great example of nature’s ability to make us feel small and awestruck. And the stark beauty of the canyon in winter is a truly unique and beautiful view from the bottom.”

We couldn’t agree more. In the story, Albee includes the fact that Maligne Canyon is the deepest canyon in Jasper National Park. But for the philomaths among us (thanks again, thesaurus) who yearn for even more fascinating details, here are 10 interesting nuggets to know about Maligne Canyon.

4. The waterfall that runs through the canyon only flows from May to December. Come winter, most water in the canyon drains away and/or freezes. And that means...

5. Maligne Canyon boasts some terrific natural ice sculptures in winter. Along its steep walls, giant frozen waterfalls create not only terrific sights, but also make it a favourite spot among ice climbers! Here’s how to try this exhilarating and surprisingly accessible sport for yourself.

6. The water that courses through Maligne Canyon isn’t just beautiful — it also has a secret. Before arriving through the canyon’s many springs, much of the water has travelled via an underground cave system all the way from Medicine Lake, located 14 kilometers away. By using red dye, scientists discovered that the journey took 12 to 24 hours in the summer and 5 to 9 days in the winter.

7. A region with underground drainage is known as karst. Scientists think that the Maligne Karst must have a major cave somewhere within its depths, judging from the large volume of water flowing through it underground, and the speed at which the water travels. Several entrances to the system are known, but in every case the passage is blocked.

8. Three species of birds nest on the limestone walls of the canyon. The oily-feathered American dipper tucks its nest—a mossy ball— behind a waterfall to protect from predators, whereas the common raven seeks protection in the high and dry nooks beneath overhangs on the gorge walls. The rare black swift builds its nests on the ledges (bonus fact: this is one of the three places in Alberta where black swifts are known to nest).

This tour is the perfect Canadian canoe experience

Canoeing is to Canada what cheese curds are to fries and gravy. This tour from Wild Current Outfitters gives you the signature experience that's perfect for both canoe novices and experts.

Thousands of trails vein through the national park, but if hikers really want to tap into Jasper’s lifeblood then it’s best to have a guide. With the help of a knowledgeable local, both novices and experienced hikers can deepen their experience, get expert tips, and stay safe. It’ll also simply make life easier.