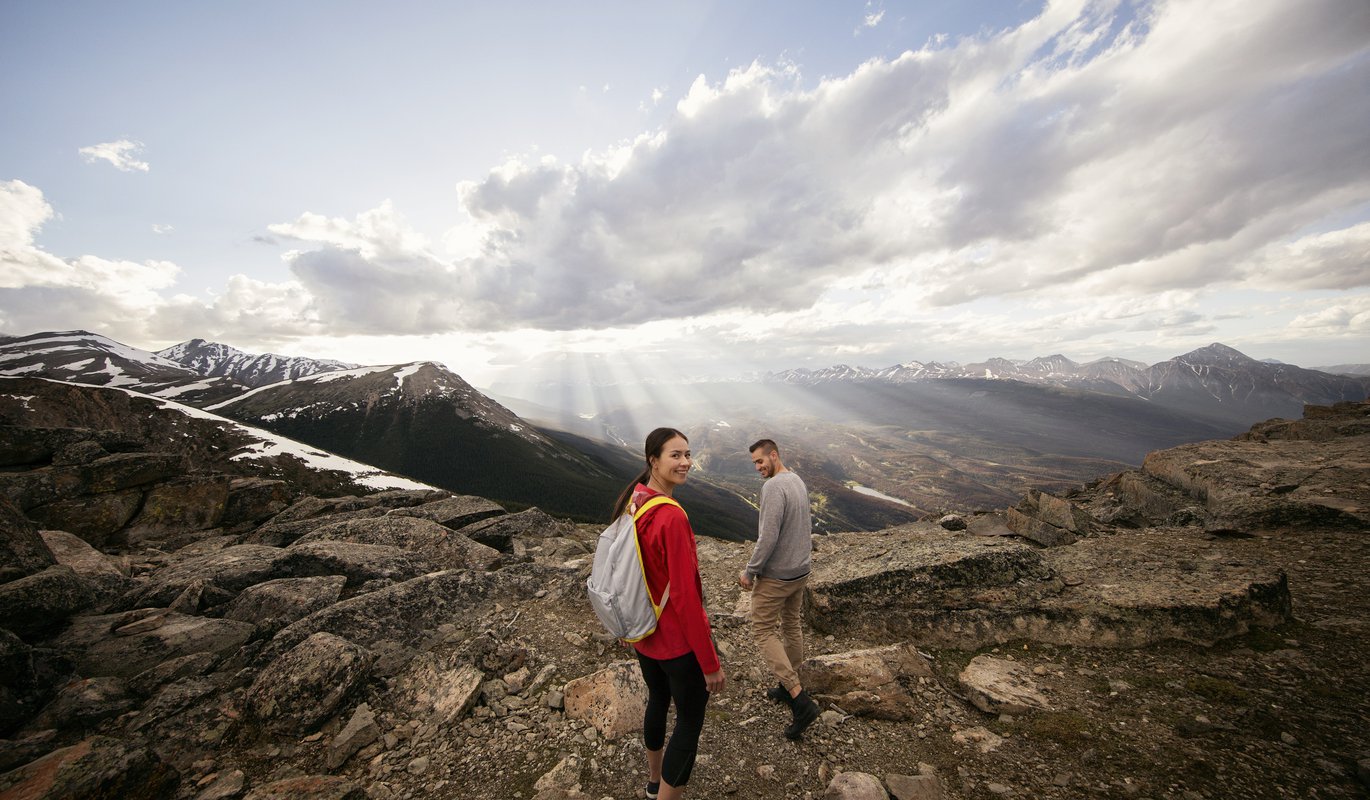 Have a question? Feel free to contact us and we will do our best to answer each and every question! Below is a list of common questions from those who frequently Venture Beyond in Jasper National Park.

What should I pack?

What is the Canadian currency?

What measurement system do they use?

What are the taxes?

Alberta is the only province in Canada without a provincial sales tax (PST). The Government of Canada charges 5% goods and services tax (GST) on most purchases. Tourism Jasper member businesses charge a 2% Destination Marketing Fee.

Where can I get a Parks Canada entry pass?

Entry and service fees are charged at most national parks and national historic sites, where revenues are kept to support visitor services and facilities. This means that every time you visit a park or site you are investing in its future — and in a legacy for future generations. For more information, visit Parks Canada website

What is the time zone in Jasper?

Jasper is in the Mountain Time Zone (GMT -7 hours).

What are the cannabis regulations?

Cannabis is legal across Canada on October 17, 2018. In Alberta, people 18 years of age and older may smoke or vape cannabis in private homes or on private property. Rules about consumption in public places vary by municipality, so visitors need to check the rules of the places they are visiting. It is illegal to take cannabis across international borders. Travellers are expected to understand and abide by international travel laws. For more information visit the Jasper National Park website or the Municipality of Jasper website.

How much should I tip?

It is customary to tip restaurant waiters, taxi drivers and hairdressers 15% of the bill, before taxes. Bellhops, porters, doormen, etc. generally receive at least $2 per suitcase or per service rendered. Coffee and food counters often have a tip cup next to the cash register; spare change is always appreciated.

Is there health and insurance coverage?

Alberta’s health-care plan does not cover out-of-province visitors. Clarify your coverage with your personal insurance carrier before entering Alberta as you may wish to obtain additional health insurance.

What is the emergency number?

In case of emergency, dial 911

Where can I see wildlife?

Wildlife is plentiful in Jasper – in fact, the United Nations created the Canadian Rocky Mountain Parks World Heritage Site partly because of the incredible diversity of animals found here. Jasper National Park is home to 69 species of mammals.

Roadside wildlife is as common in Jasper as parking meters are in the city. It usually just takes a slow drive and a sharp eye to spot a majestic elk, a snacking bear or a wily roadside coyote. Take a trip through some of the most popular wildlife corridors, including through the Maligne Valley, Pyramid Lake Road, Highway 16 or along the Icefields Parkway. Many tour companies offer guided wildlife search experiences through the park.

When visiting the park, please remember that you are visiting the animals' habitat. Their continued health and survival relies on us making as little impact on their home as possible. For more information on Jasper’s wildlife, visit Parks Canada. Be sure to stop in at the Visitor Information Centre to sign the wildlife sightings book!

How do I get to Maligne Lake?

Maligne Lake is 50 km away from the Jasper townsite. From town, head east on Highway 16 to Moberly Bridge onto Maligne Road. Turn right to cross the bridge, then take the left fork towards Maligne Lake.

The drive takes approximately 1 hour and goes through a wildlife corridor, so be sure to keep your eyes open!

Where can I stay?

Jasper offers a variety of accommodations for all preferences, family sizes and budgets. To find the perfect place to fit your needs, please check out “Where to Stay”.

For information on front country, RV sites and back country camping in Jasper, please visit www.pccamping.ca.

Where can I rent boats?

Canoe and rowboat rentals are available for many lakes in Jasper.

Do you have more information on Maligne Canyon?

Waterfalls, fossils, potholes, underground stream outlets, the nests of ravens and rare black swifts, unexpectedly lush plant life and the startling effects of frost action - these are just some of the wonders of Maligne Canyon. Swirling, churning water has worn the canyon, only two metres across at some points, to a depth of more than 50 metres.

Maligne Canyon is carved into the Palliser Formation, a layer of limestone deposited in a shallow tropical sea by lime-secreting plankton about 365-million years ago. Some geologists speculate that parts of the canyon were originally deep caves that have since been uncovered by glacial scraping and water erosion.

Parks Canada has developed a self-guided interpretative trail along the canyon with signs describing the geological history of the area. There are four bridges across the gorge, each with its own special view. A short hiking loop tours the upper reaches of the canyon, while a longer trail follows the gorge and exits at a fifth and sixth bridge lower down.

In the winter, take a guided tour of the canyon from the bottom up walk among nature's icy sculptures and frozen water falls. The Maligne Canyon Icewalk is a unique Jasper experience – either in the daylight or in the dark!

What is the weather going to be?

If there’s one weather guarantee in Jasper, it’s that we will have it! Weather in the mountains can occasionally be unpredictable and can vary between the valleys and mountain peaks, so it’s best to have an extra layer just in case.

Do you have public transportation?

Jasper is a small, compact town and it’s easy to get around. Most hotels are within easy walking distance of the shops and restaurants in the heart of Jasper. There are always taxis easily available and shuttle services that provide transportation to Jasper experiences, including the Jasper Tramway, Maligne Lake and Marmot Basin. Many outlying hotels also offer their guests a shuttle into town as well.

What is the population of Jasper?

According to the latest census, the population of Jasper is 5,236 people.

Where can I go hiking?

Jasper’s trail system is over 1,000 km, so there are endless options of hikes available for all ages, abilities and length across many types of terrain. Local favourites include:

To find your next trail, please visit our Visitor Information Centre for information and trail conditions.

How do I get to the Jasper SkyTram?

The Jasper SkyTram is 8 km from the Jasper townsite and the drive takes approximately 12 minutes. From town, head south on Highway 93, the Icefields Parkway. Turn right onto Whistler Mountain Rd and continue on this road until you reach the Jasper SkyTram.

A private shuttle service is also available from town.

Do you have a lost and found?

Do we need a bear spray?

Bears are a common sight in Jasper and are often seen from the road. Parks Canada recommends that while on the trail, hikers should:

Bear spray can be rented at a nominal cost from many outdoor equipment stores in Jasper. To find out more about bear safety, please contact Parks Canada. 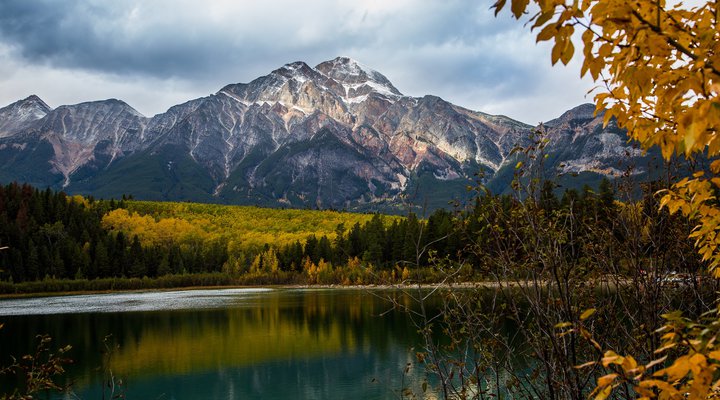 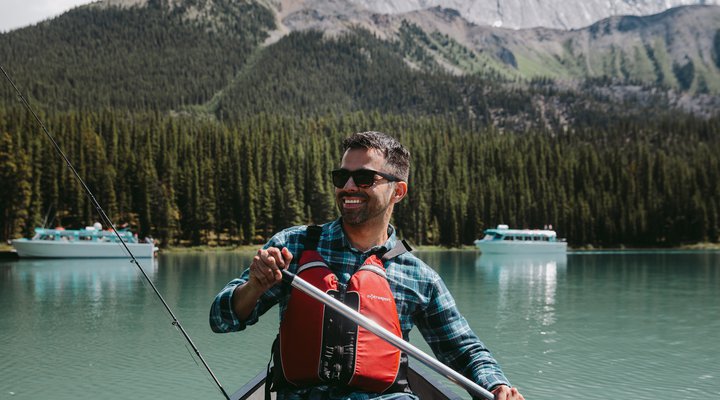 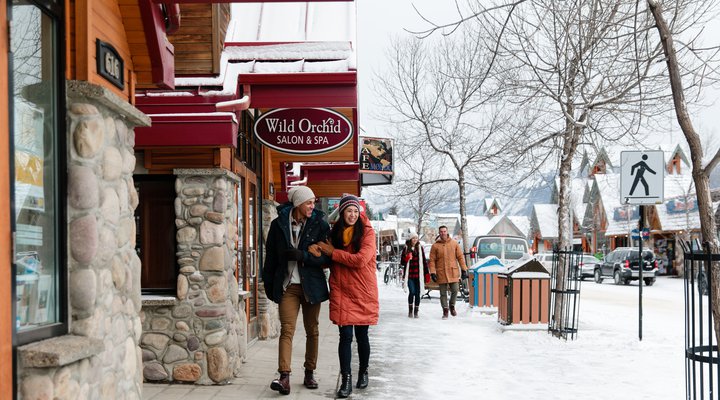 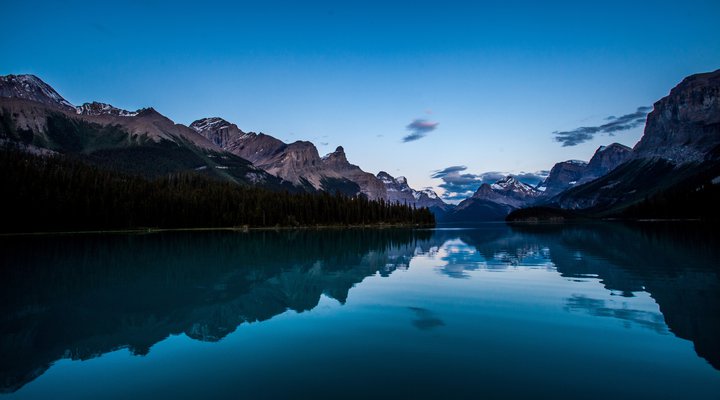