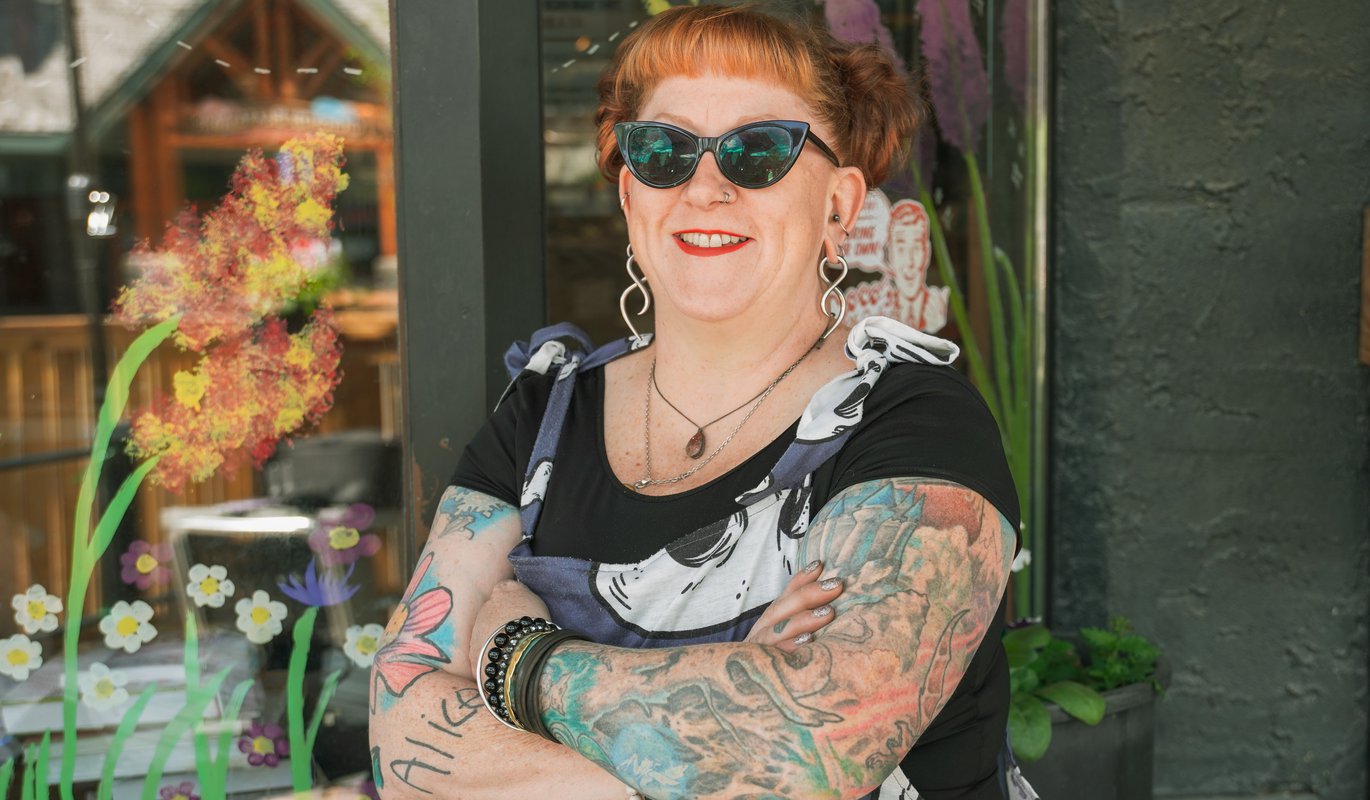 The perfect two-day Jasper itinerary, according to Lynn Wannop

There’s not much that Lynn Wannop, a fast-talking, hard-working, Disney-tattoo-loving powerhouse, can’t accomplish if she sets her mind to it. She’s lived in Jasper for thirteen years (ever since she and her husband Andrew bought the local coffee shop Coco’s Café) but has been visiting all her life. Here’s how she’d spend an ideal few days in town and you’d be wise to follow suit. 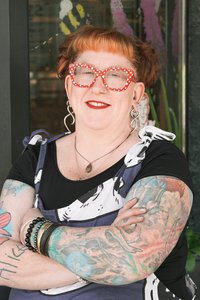 Lynn Wannop’s house is a cluttered mini museum of eclectic art and skulls and other fanciful trinkets but it’s also a haven for her friends and staff who’ve run into hard times and need a place to stay.

The kitchen table is worn, pockmarked, and splattered with paint but there’s always space to squeeze another plate in for someone who’s new to town. It’s how her parents ran their home, and it’s a compassionate, inclusive philosophy that seems to guide Wannop’s entire life.

Lynn Wannop’s house is a cluttered mini museum of eclectic art and skulls and other fanciful trinkets but it’s also a haven for her friends and staff who’ve run into hard times and need a place to stay. The kitchen table is worn, pockmarked, and splattered with paint but there’s always space to squeeze another plate in for someone who’s new to town. It’s how her parents ran their home, and it’s a compassionate, inclusive philosophy that seems to guide Wannop’s entire life.

Wannop grew up in Edmonton, where her family valued community involvement. They volunteered for fringe festivals, drag queens and sports events. But despite her Edmonton connections, she always wanted to settle a few hours to the west. “My heart was in Jasper way before I came here.” She would come for summers, partying and cliff jumping and dreaming of a day she could have her own mountain town café.

Thirteen years ago that opportunity arose. A local coffee shop went up for sale and she and her husband Andrew jumped for it. Today, Coco’s Café has a widespread and loyal fanbase (the breakfast wrap is an acclaimed go-to). Indeed, if it were possible to manifest the most perfect mountain town coffee shop, Coco's Cafe would take the cake – and not just because Wannop is one heck of a baker. From the moment you step into Coco’s intimate and colourful interior (made even more special by all the local art adorning the walls) and sniff the artisanal sourdough that’s made daily from scratch, it's hard not to feel happy and welcomed. That comfortable reception extends to the menu, with plenty of vegan, vegetarian and allergy-friendly options.

Coco’s is an extension of Wannop’s home. The staff – many of whom have been working there for years (a point of pride in a sometimes-transient place like Jasper) and identify as LGBTQ – have created their own support network. “We live together, work together, do everything together,” says one. "You work just one shift and you’re invited to thanksgiving," says another.

But even though Wannop was living her dream after moving to Jasper, she was surprised to find something missing. She’d worked with the Edmonton Pride Society and the Vancouver Pride Society, and was dismayed that Jasper didn’t have a Pride Society. It was a cause that was important to her, and she wanted to continue working for it in the place she called home.

Then came the sticker incident. One day Wannop placed a rainbow sticker on Coco’s door as a symbol of her support for the LGBTQ community. She wanted there to be no doubt about what Coco’s stood for. She was shocked when, not too long after she put up the sticker, someone ripped it down.

This. Would. Not. Stand.

Wannop prides herself on being a “do-er.” She’s a fast-talking, hard-working, Disney-tattoo-loving powerhouse who wasn’t going to let this display of intolerance go unchallenged. 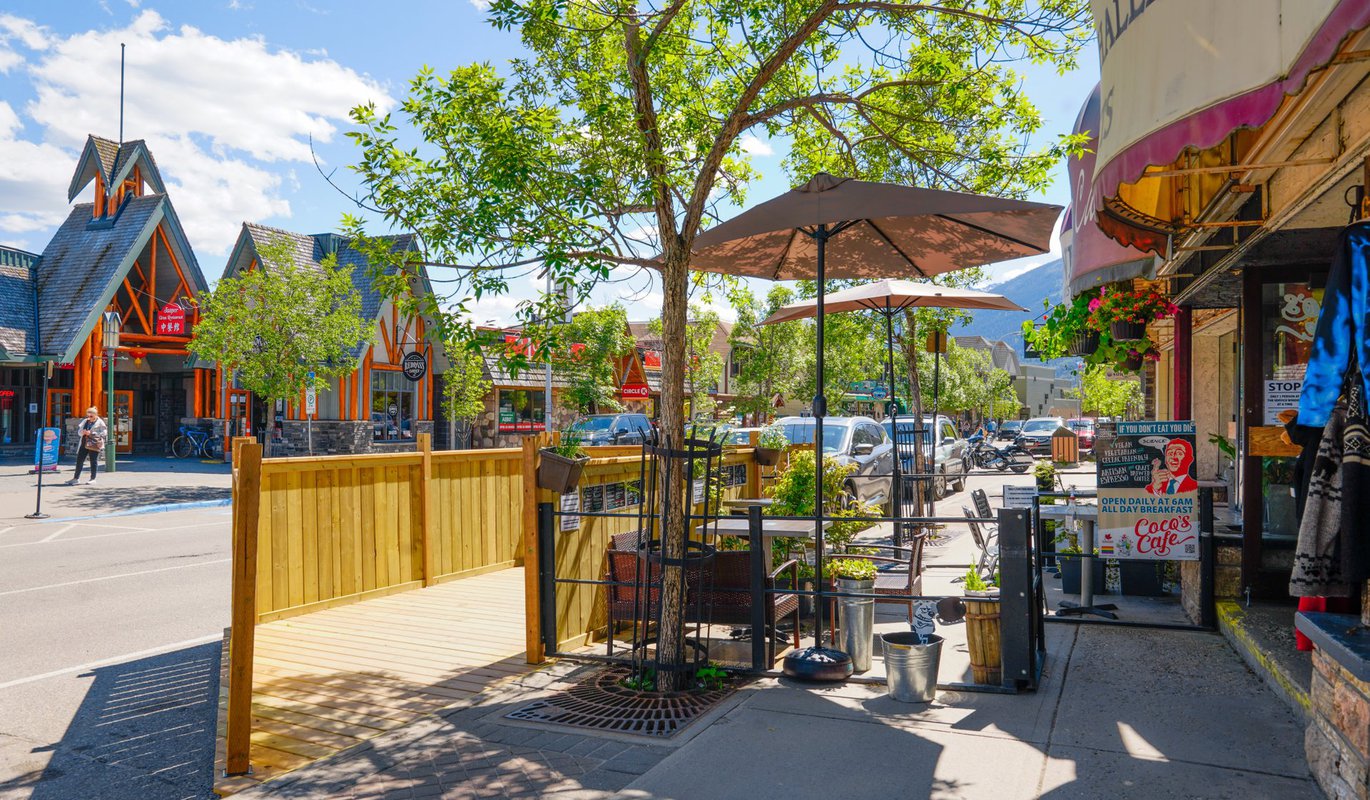 “If I want something done and want to make a change I need to help and make it happen," Wannop says. 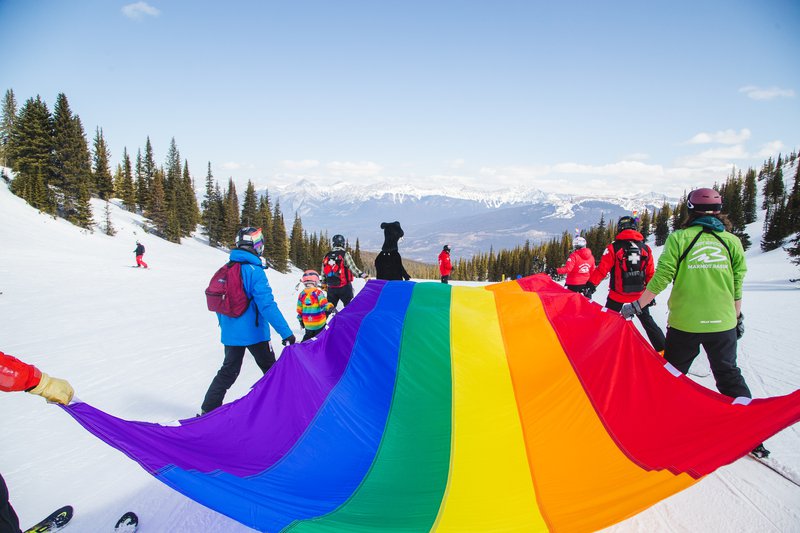 She approached and partnered up with fellow Jasperite Jordan Tucker to create Jasper’s first Pride Festival. Over the past twelve years this homegrown celebration of love has grown from gathering 40 people in a bar to now hosting 1500 people in the town’s largest gathering place. The Jasper Pride Festival celebrated its 10th anniversary in 2019 and kept the party going virtually in 2021. Next year they're expanding to become the Jasper Pride & Ski Festival (mark your calendars for April 1 – 10, 2022).

The shift over the years has been profound. Window decorating contests splash the town with rainbows. The Jasper Pride Festival is now one of the biggest events of the year, and is the third largest pride festival in Alberta (behind the cities of Edmonton and Calgary). Some hotels have been recognized by Purple Roofs for having gone the extra mile to be gay-friendly accommodations.

Wannop also makes special rainbow cookies for the occasion, selling them at her cafe and donating 100 per cent of the profits to the festival.

“Jasper as a community has embraced that it shouldn’t be a big deal to walk down the street holding hands with your same sex partner. You see that all the time here,” says Wannop. “I just love Jasper, I love the community. I love that I can be as involved as I can be.” 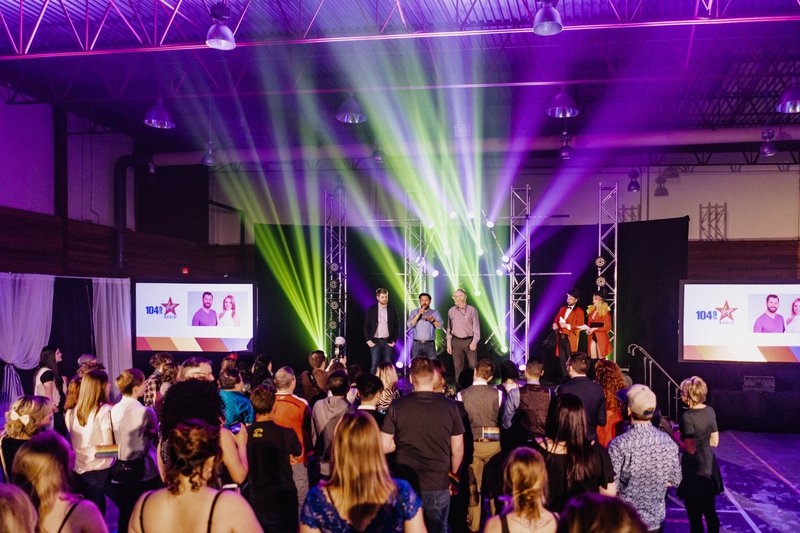 And she’s making sure that her daughter Alice carries on the tradition of community involvement. She brings her to community events, showcases her art in the café, and does all she can to communicate how volunteering is an important part of life.

When the COVID-19 pandemic shuttered much of the world in early 2020, Jasper’s tourism economy was among the hardest-hit industries. Coco’s experienced its worst few months since Lynn and Andrew had bought the place.

But they pivoted to take-out only, then expanded their patio, and continued being leaders of community support. Lynn reached out repeatedly to some of Jasper’s most vulnerable residents, offering free meals. When the annual Christmas Dinner at the Jasper Legion was cancelled they cooked 160 turkey dinners and distributed them around town. They gave tasty little gifts to front-line workers like grocery store clerks, pharmacists, garbage collectors. They even set up an online portal where people could donate to help others.

Still, it came as a huge surprise when Jasper mayor Richard Ireland awarded them the Mayor’s Special Award for Humanitarianism. It’s the highest possible recognition from the Municipality of Jasper and recognizes an individual whose service has been of singular significance.

“The efforts of these two individuals softened the blow for so many during months of stress and uncertainty,” Ireland said.

The recognition was lovely, and confirmed to her that they were in fact making a difference during an incredibly difficult year. But it just further motivated Lynn and the entire Coco’s team to do more. She often laughingly quotes the business advice she received from a friend after buying the café.

“If you own a restaurant, you can either have friends or money,” she said. “We have lots of friends.”

The perfect two-day Jasper itinerary, according to Lynn Wannop 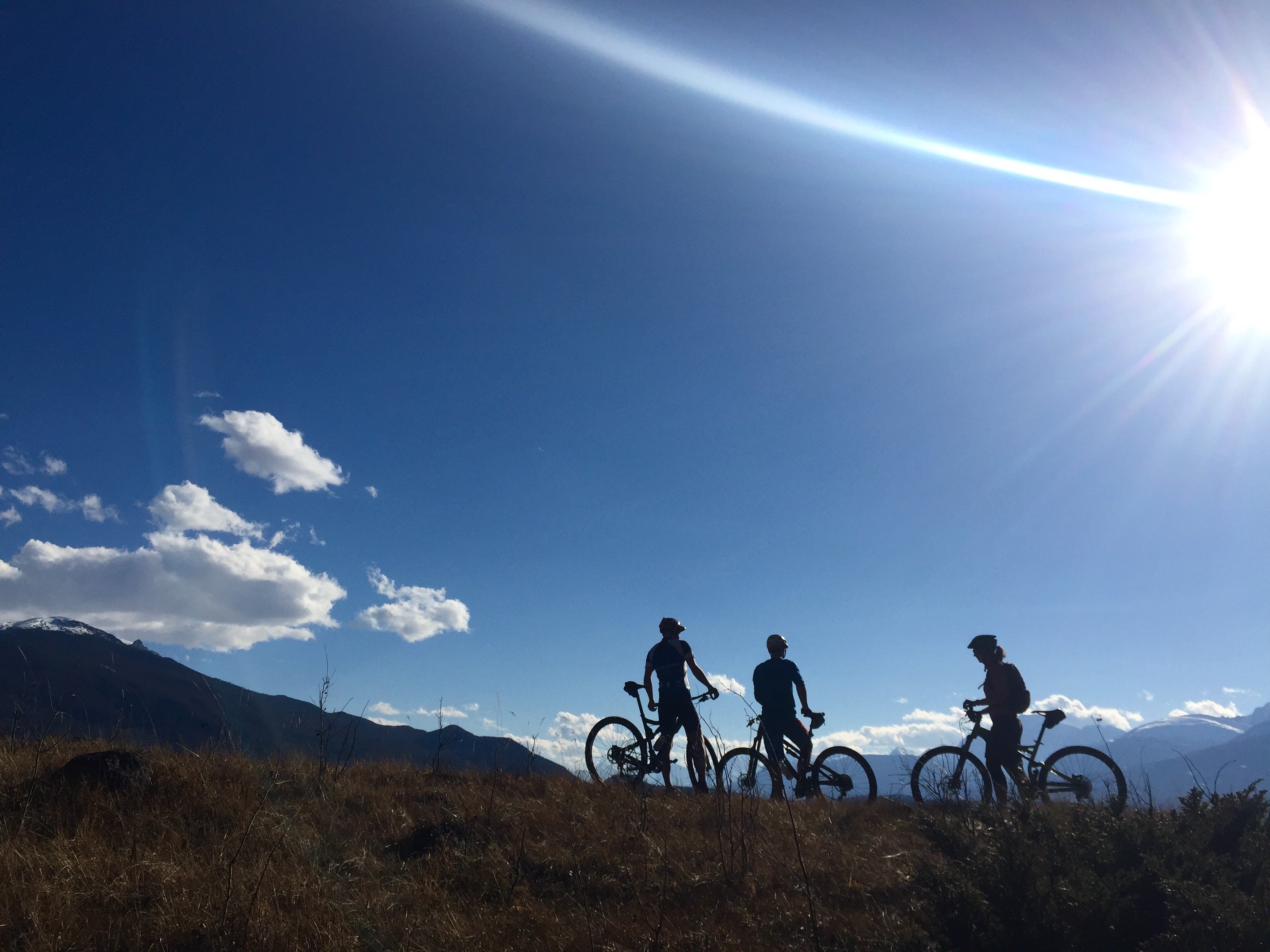 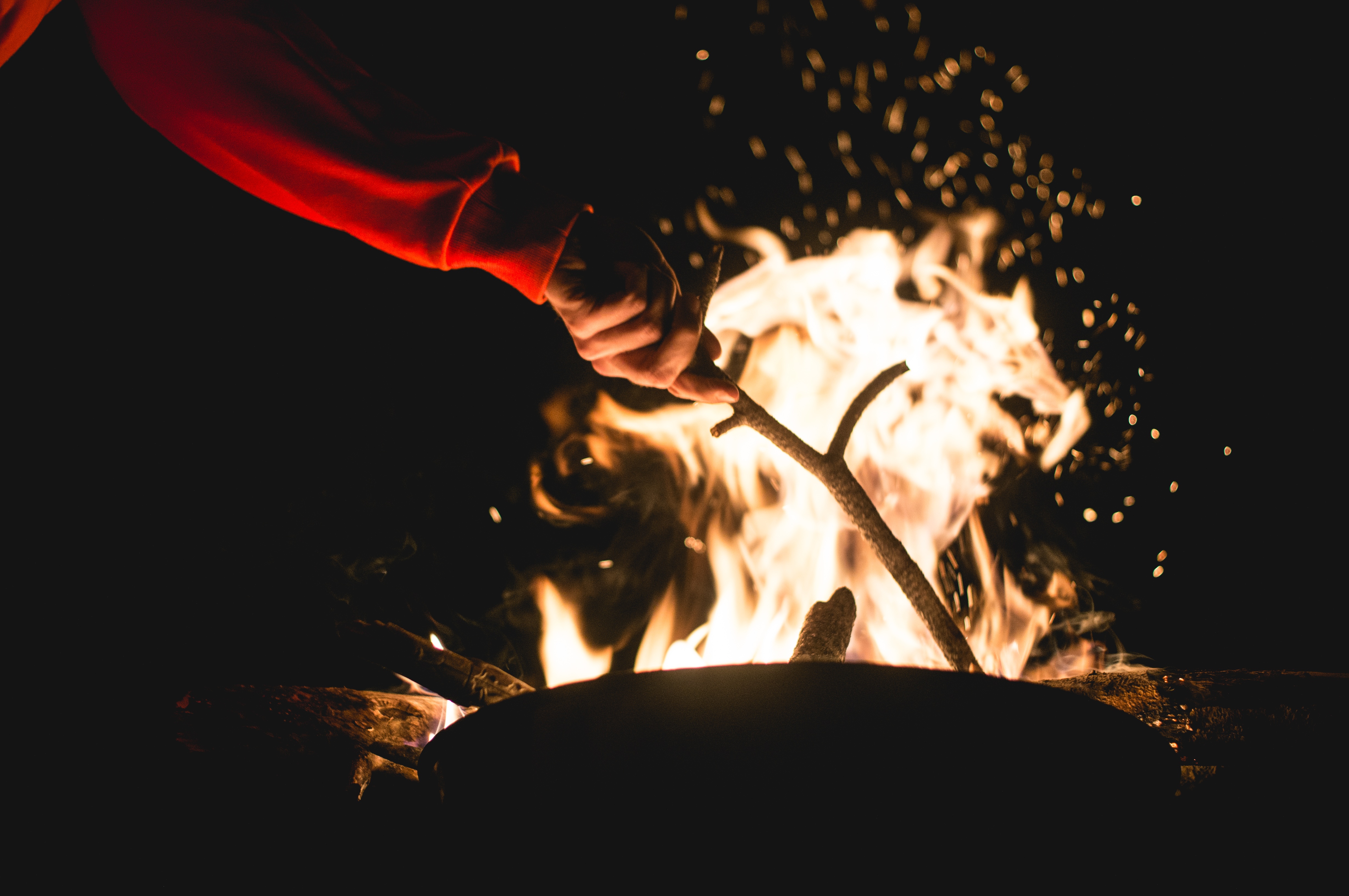 Morning at the museum 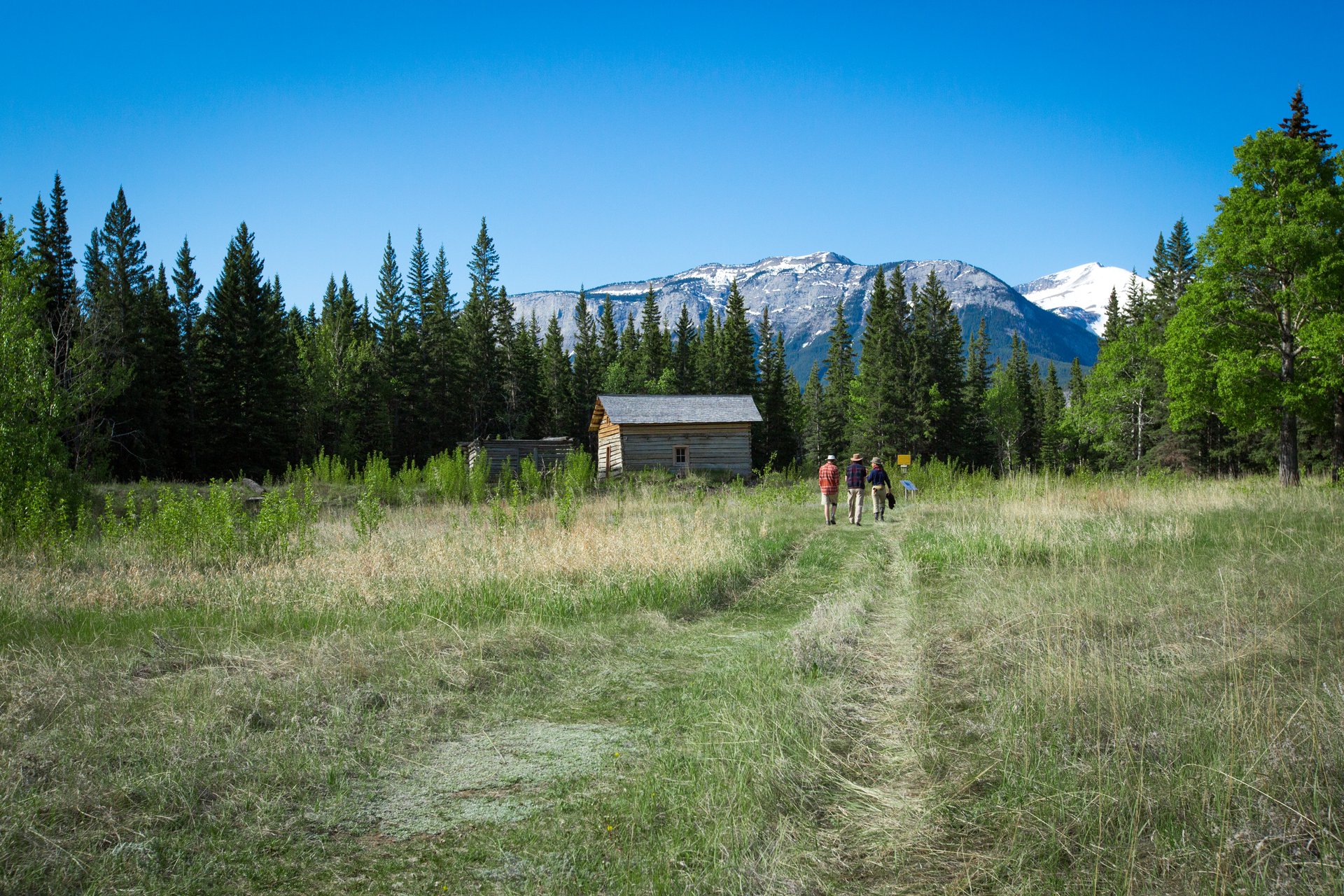 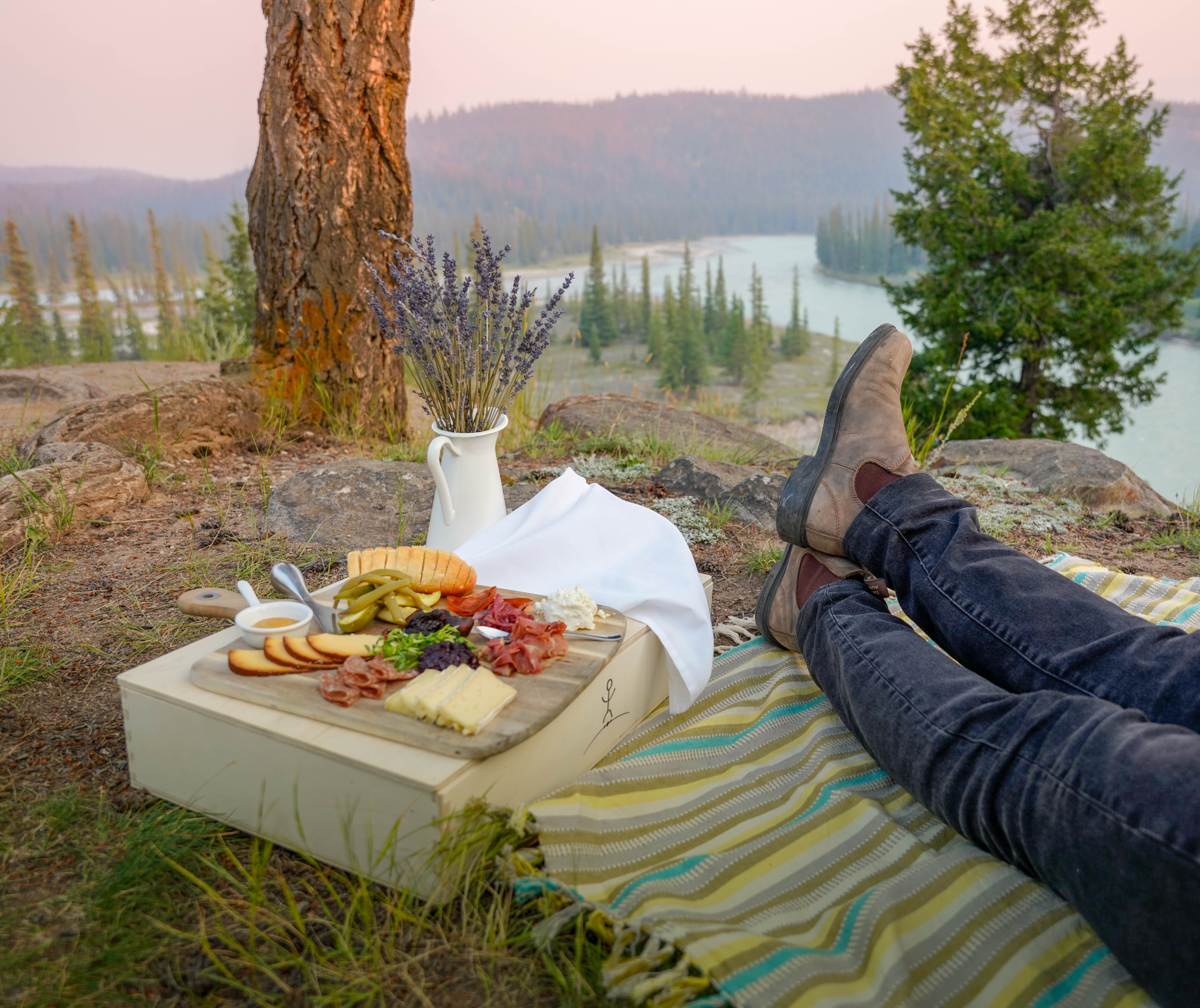