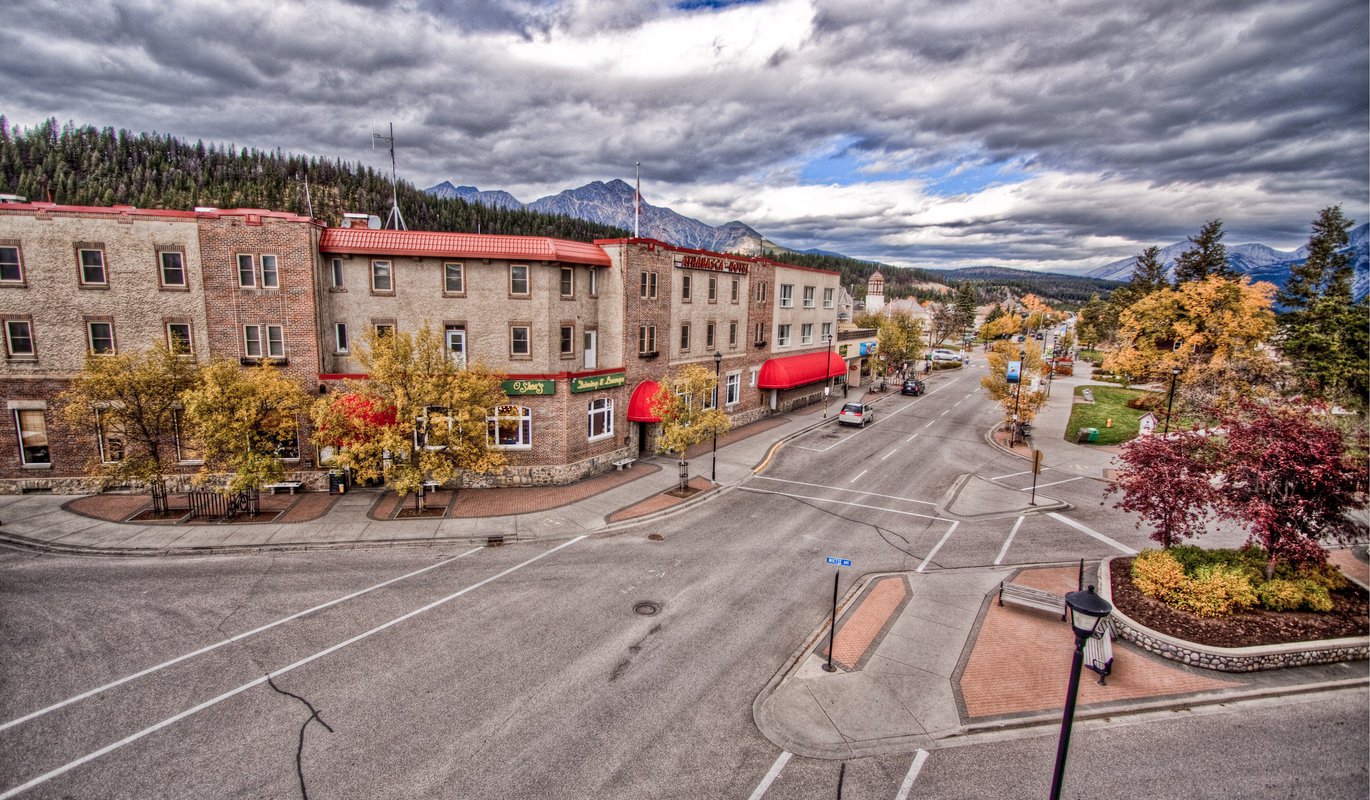 The Athabasca Hotel has been a historic landmark and meaningful gathering place for locals and visitors of Jasper National Park since 1929. Located in the middle of town and locally known as the Atha-B, this boutique heritage hotel prides itself on its rich atmosphere, tasty breakfast and lively entertainment.

1. Douglas Woolley owned and operated the original Athabasca Hotel. His business began with a grocery store and ladies wear shop, as well as a rooming house upstairs called Jasper Rooms. 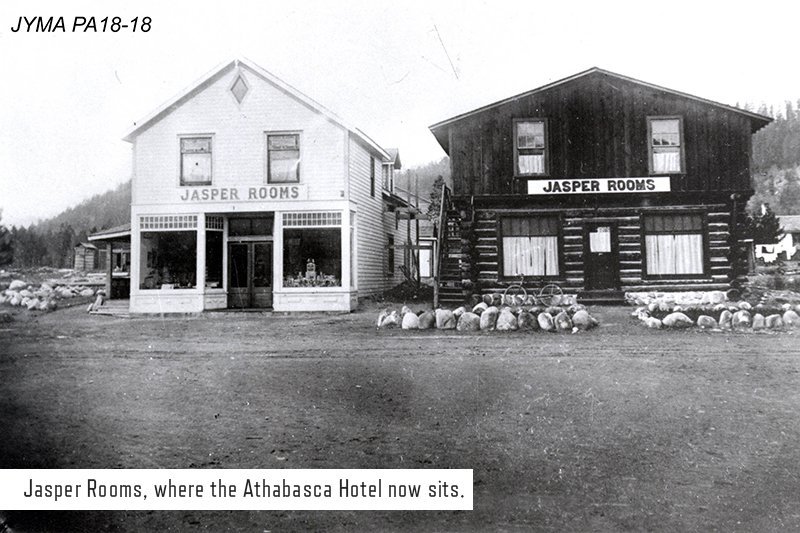 2. The Calgary Brewing and Malting Company Ltd purchased the original wood frame of the Athabasca and replaced it with a three-story brick structure in 1928. George Fordyce of Calgary designed the hotel, which soon gained a reputation as Jasper’s finest.

3. Until 1921, the Imperial Bank of Canada was also housed within the building. 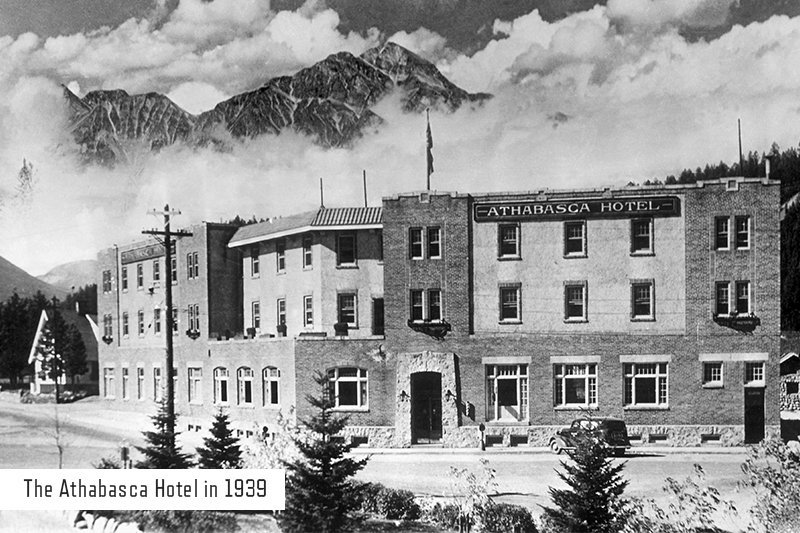 5. In 1939 Paul Andrew, then owner of the Astoria Hotel, purchased the Athabasca Hotel and became its manager. The Andrew Family’s association with the hotel ended when they sold their interests in 1972.

6. The Athabasca hotel used to have a tour car service called Athabasca Hotel Tours that would drive visitors around for Jasper sightseeing. Joe Bryant drove the cars in 1945 for the hotel. 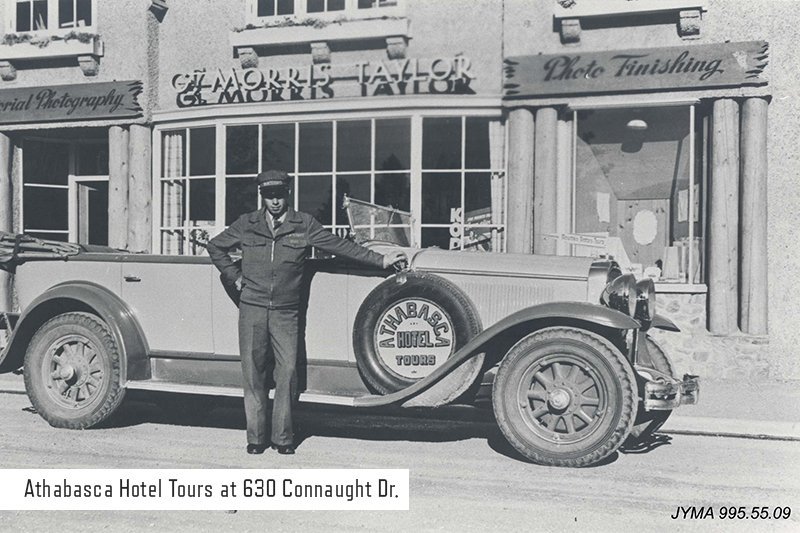 7. Back in 1946, Bing Crosby would often stop by the hotel as he was filming the movie The Emperor Waltz. He would spend his off days strolling around the hotel speaking with all the staff and learning about their backgrounds and interests. 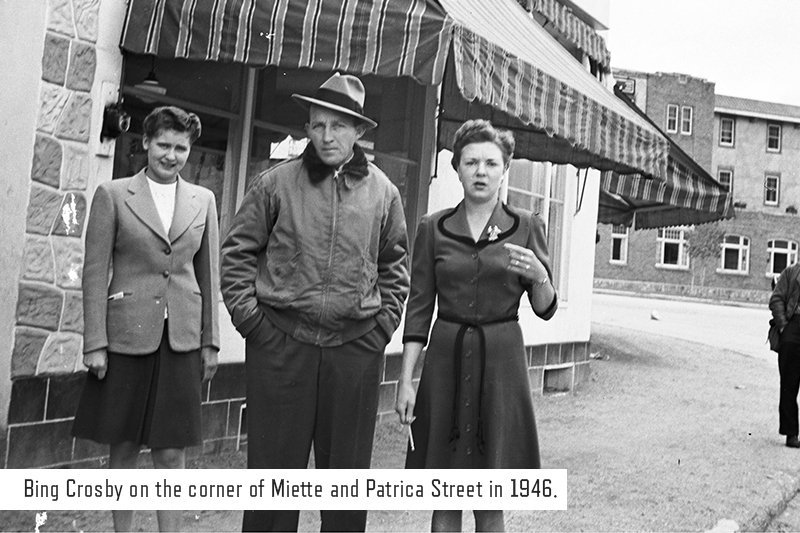 8. Bing Crosby wasn't the only famous face to visit the Athabasca Hotel. In 1954, the hotel was often frequented by Marilyn Monroe while she was filming River of No Return in Jasper. After a day of shooting, she would regularly visit the hospitality section where she would listen to the stories of many Jasper locals, as well as share many of her own. 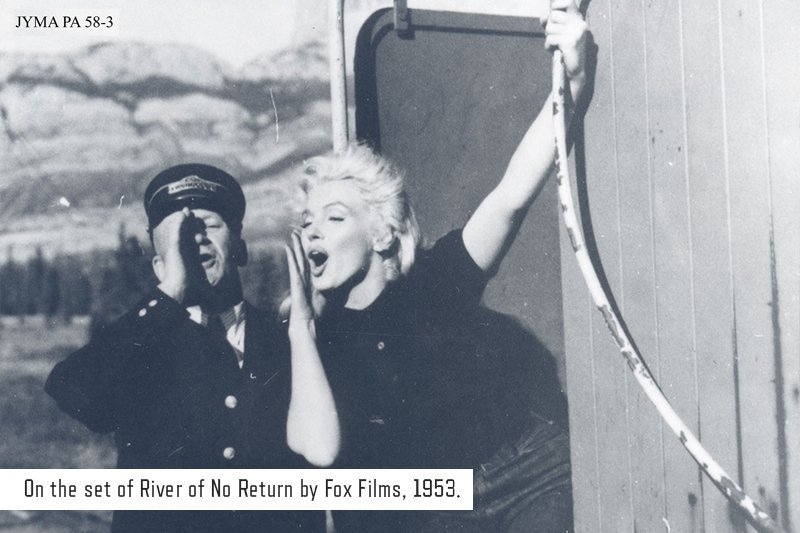 9. In the heyday of the Edmonton Oilers championship streak in the 1980's, many of the teams stars would stay at the hotel after a long season of hockey to celebrate, relax and stroll around town. Today, a Mark Messier jersey worn during one of the Stanley Cup games hangs in the O'Sheas Restaurant at the hotel.

10. The Athabasca Hotel is known for having the coldest beer on tap in Jasper! (due to their recently installed sub-zero system).

11. Locals consider the Breakfast at O’Sheas Restaurant at the hotel to be the best breakfast in town. They have a variety of dishes to choose from in their daytime menu and evening menu.

12. The Athabasca Hotel is also home to a sports themed lounge with a 90” HD Plasma television where visitors and locals can watch all their favourite games.

13. The hotel is home to a popular nightclub called the Atha-B. You can see some of their upcoming events here.

14. The Atha-B hosts a variety of live music throughout the year, so you can always expect the hotel to be filled with musicians

15. Athabasca Hotel is the only downtown hotel with a generator, so if the power goes out in Jasper, the hotel continues to run (and serve fresh food!).

After 87 years of operation, the Athabasca hotel remains a well-known gem within the Jasper town site. Whether you’re heading there for a quick pint or a week-long stay, you’re sure to get a nostalgic look into Jasper’s past.

Where to ski in Jasper National Park

Looking for the best ski spots in the Rockies, for both cross-country and downhill? Need to find some rentals? This is your guide to finding and shwooshing across Jasper's best winter trails.

10 awesome outdoor activities to try during Jasper in January

Take it into the great outdoors with these fun and fascinating activities. Return to your cabin with a full heart, rosy cheeks and pleasantly spent limbs.

Here are our top photo picks from the year 2021!

Is a Wildlife Tour worth it? Photographer Seth Macey shares his Jasper experience.

Whether you’re a photographer or someone simply looking to increase your likelihood of spotting a variety of Jasper’s abundant wildlife, a Jasper wildlife tour is a must do. As a professional wildlife photographer, I wanted to share my experience with everyone thinking about booking a tour.